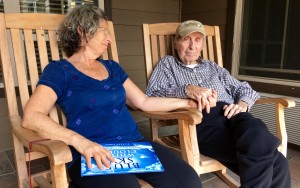 A week simmering in loss and love, feeling how they are inextricably woven, two sides of the same coin…if we are willing. Last Monday I was sitting with a friend, choosing music for her looming memorial service. Today she is not here. She died the same day I flew to San Antonio to be with my old papa, who is leaving quite slowly, his mental faculties quietly washing away. So much has changed in my relationship with him and I owe that healthy evolution to Gabrielle. For that I am extremely grateful. In full vulnerability, I want to write about that this morning. If you are curious about what Gabrielle Roth has to do with my dad, read on.

My childhood, maybe like yours, was way less than story-book. Through ensuing decades, I lived the good life, dealing with imprint and painful memory by various means: steeped in denial, wallowed in confusion, simmering with anger. Spent my fair share of hours in counseling plowing through it all, garnering understanding of what had happened and how it had shaped me. I arrived at a coping stance that I didn’t even recognize until the day I surrendered it. Ego protects us in some strange ways, stories can become deeply entrenched: by not forgiving my father, I held sacred the memory of my mother and sister and brother who had suffered at his hands. I would not betray them. I was a flag-bearing survivor.

Fifteen years ago when I began to dance the rhythms and delve into this exquisite cosmology, I was surprised to learn that staccato—so obviously my home rhythm—was the rhythm of the heart. And, even more shattering, that father was the teacher of the heart. As I moved (way different than sitting on a counseling couch), I became aware of pieces, whole chunks of my heart cold and buried, necessarily so. The years rolled by and I just kept dancing through the prescribed workshop territories: Heartbeat again and again, facing years of fear, smoldering anger, time worn grief. The broad perspective of Cycles kept returning me to new edges of a crazy childhood, dancing ad nauseum with this cruel heart teacher. Mirrors reflected back my defensiveness, the logical protective response to this singular relationship.

Over the years, I survived visits with my dad by barely being present. Once I began dancing, visits became a loaded testing ground of what I was learning, filled with shame and agony of how slowly I was chipping away at this armor. His second marriage, to a wife who cut off relationship with me and my family, did not help. Time with dad was challenging on so many levels. But I persisted. Deep inside I totally felt how he was the teacher of my heart, though not the fairy tale version I would have preferred.

Something cracked about eight years ago. This flag I was carrying for my deceased family members—I looked up at it, felt my grip on it, clearly calculated the cost of waving it. And then I just dropped it. I literally felt their relief as they cheered, released from the sidelines of this martyrdom. About the same time, dad began to lose his mental faculties. As he lost his mind, his heart softened. I remember the phone conversation when he told me he loved me. Three simple words I had never heard from him in 60 years. It was a year before I could choke those simple words out in response. And the more I said them, the more true they became.

These last three Texas visits have been awesome love fests, each of us surrendering more deeply to this incredible love. God has granted us the long lives necessary to arrive in this innocent miracle. Two survivors of so much trauma, we are all we have left.

I don’t know what will happen now. He has been declared incapable of making decisions for himself. The wife, with full legal control, has deposited him in a sterile memory care facility and, as far as I can tell, she does not visit him.   My husband and two incredible children have witnessed and supported all this evolution over the years. When my daughter and I arrived at his new place, it was bereft of anything personal. We fixed it up with pictures and books, walked with him, ate with him, hugged him, sat with him. Got his TV working. Wept. I want him here with me, kept offering to make that happen over the last five years when he had enough presence of mind to make that decision. He chose to stay with this co-dependent abusive relationship. Not surprising. But now he has been deemed incapable of making that choice and we have to live with the consequences.

So that is what Gabrielle Roth has to do with my dad. Forever grateful that I can sit here in this moment and feel utter tenderness oozing when I think of him, worried that he is lonely and afraid and doing what I can to alleviate that and bear that. If I had read this account in 1980, I would have been amazed. This is not an unusual family story. You know that. Healing happens when we tend to these stories instead of turning away from them. Time is short….we can courageously seek resolution. 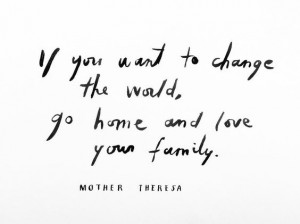