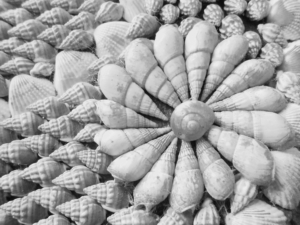 Align.  Align with.  Be in alignment.  This word has such physical footing—arrangement in a straight line or in correct or appropriate relative positions.  The deeper definition radiates from that foundational physicality.  B.K.S. Iyengar, credited with popularizing yoga, first in India and then around the world, was certainly on to this notion.

I’m taking a step back here, maybe you want to as well. I’m considering the lifelong physical journey of my own body.  This quote just resonates.  Completely.  So many childhood experiences knocked me off center and then delivered me to young adulthood.  Yet even on the brink, such a ripe moment for potential awakening, alignment remained a physical therapy plumb line connecting ankle bone, hip, shoulder, ear.  By the age of 25, left neck pain kept pulling me out of alignment.  Relentlessly, more than ten years.  The connection of this physical pain to the pain in my heart was somewhere on a way back burner, obscured by the tasks of launching into middle age.  When I turned 34, shortly after my mother’s death, slow healing began. Only in retrospect do I wonder about that connection.

The pull out of healthy physical alignment in tandem with a gritty bundle of unresolved feelings kept this suffering in motion for decades.  Years of physical turmoil: shoulder issues, low back pain, foot owies.  A body part would heal, there would be a period of relative calm and then another trouble would crop up.  It was the most intense, 40 year post-graduate training a physical therapist could undergo.  Learning from the inside out.  Incredible.  Not recommended. Not regretted.

Twenty plus years ago I began to dance again.  Gabrielle Roth had stuff to say about being out of alignment.  She called it trizophrenia – thinking one thing, feeling entirely something else and then acting in a way that had nothing to do with either.  I immersed myself in a practice that ruthlessly called me out when my actions did not jive with my feelings and thoughts.  Of course, as per usual, awakening did not lead to immediate cessation of suffering.  In fact ten years ago left hip pain completely took me for a ride.  This wake up scream was so loud, there was no choice but utter surrender.

I had to discover new ways of molding my body toward alignment.  And on a barely conscious parallel track I was creatively finding ways to spend time with my father.  My heart just kind of melted into a forgiveness I never considered possible.  I sat bedside with him as he passed two years ago and realized I had been physically pain free for quite a long spell. This time, with his passage, the coincidence of aligned healing was not lost on me.

“Ecstasy is an egoless, timeless state of being, a state of total alignment and unity of body, heart, mind, soul, spirit.”  Gabrielle Roth

Of course, who knows what the future holds?  My 72nd birthday, a couple weeks away, I’ve never felt better.  My body is fluid and free…my heart is love-filled, my mind quietly brims with wonder. Doing the work in the world I was meant to do.  Spirit unfalteringly turned toward this final chapter.

The re-name of Essentials to Roll, Release, Align is not random.  Whether it’s in class or in treatment, we roll in pleasure-filled ways to release what holds us in check.  And then we align.  Powerfully.  And without overtly teaching spiritual alignment per se, the deeper definition of alignment radiates from that foundational physicality.  It always has.  It’s just taken me years to feel it so completely.