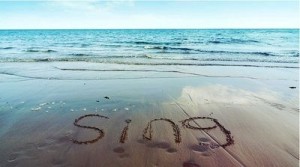 Thursday night 2003, Clunie Clubhouse, 8:30pm…again. After a full year dancing, I know the drill. Time to circle up after practice. Listen to the extraordinary shifts and communal realizations happening inside us on the dance floor. Time to articulate the ineffable. I sit there deeply identifying with each speaker, grateful they are communicating some (but not all) of what has passed for me. I hover trembling, so stirred and shaken, so much transformation and information revealed on multiple levels…and I say nary a word, never contribute, not dare allow fear or doubt to become visible, illumination or joy to spill over, become audible. Never.

Let me introduce my personal guard troll who has lived in permanent residence in the region of my diaphragm-gate for as long as I can remember. He moved in during those early years when shutting up was a matter of survival. Bless his heart, he served me well. Maybe some of you know his relatives? He perched in there 24/7, insuring nothing emerge from my lips that might make me vulnerable or appear stupid or (oh no!) seem unenlightened. Obviously much safer to appear all together, nod my head in assent, whither inside. He did a really good consistent job.

I filled journal after journal of all that was revealed in those early years. So much became clear…including the fact that speaking newly emerging truth, naming what was bona fide in the moment, was nigh on impossible for me. Yet despite this challenge, I was opening and learning rapidly and I saw the local community around me deepening into soulful healthy practice. Slowly it dawned on me that not only was I a student of this practice, I was also on the teaching path…for so many reasons. Don’t get me started on all the reasons. But this one was right up there near the top: my whole life I have been drawn to move toward what terrifies me. And this truth-speaking quest qualified. What better way to force the issue than a weekly assignment to get up and hold space?

One event early on crystallized this quest: a 5Rhythms weekend workshop with Maniko in Menlo Park. Who was this wizard woman? Who was this power spirit holding us as we danced and wrote and sang, who expertly brought us right to the edge of our own fear, witnessed by the group? One by one I watched us stand up and inch toward authenticity. Watching the peel-away happen in others was utterly fascinating. I was seeing the transparent beauty inside each of us. I was feeling it in myself. Even if it shined for only a few seconds, everyone saw it. And nobody died from being this visible, this vulnerable. It was astounding…and terrifying…and oh so desirable.

Since then I’ve worked with Maniko many times. It is still frightening. Because she knows where my edge is and she always takes me to it…never over it, but always right up to it. With her help, with the guidance and support of all my teachers on this path, and with this sheer showing up for us week after week after week…well, there has been movement and change. In those early days, as I began to speak, as I discarded rehearsal and replaced it with reality, as I felt my feet and breath and trusted what might emerge…I never knew if the troll would loom large and create this breathless disembodied shadow of myself. It was risky. And still, writing this newsletter is much easier for me than standing before you. But I just keep showing up and there are more and more moments of ease, of spontaneous clarity that arise like magic and channel through me, almost in spite of me. The troll? Mostly he lives off to the side in rocking chair retirement. He knows he’s important, it’s just that he’s not needed so much anymore. Sometimes he even chuckles.

So this is an official invitation for you (and your troll, if you have one) to join us for Attunement, the weekend before Thanksgiving. To ignite the dance of your voice and free the voice of your dance in a dynamic, experiential workshop in the warm lap of Coloma Center. Early bird is October 23 for the $320 price; contact bella@bodyjoy.net for scholarship availability.

There is so much happening in October, starting this weekend with luxuriating in the outdoors with yoga, music, art and dance at the Transcendence Festival. I’ll be offering Let it Roll on Saturday morning and 5Rhythms on Sunday afternoon. See the full schedule. Hope to see you there and…no worries…we will still be at Coloma Center Thursday night and Sunday morning and will Let it Roll at It’s All Yoga on Friday night.

I love Woody Allen, the comedic embodiment of terrified vulnerability. Here’s what he says, “Eighty percent of success is showing up.” Works for me…

walking the intuitive to practical line… 9-9-14enrolled in the school of life….12-2-14
Scroll to top