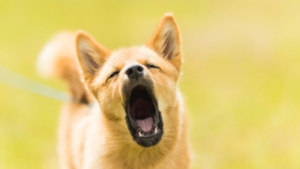 I had barely drifted into sleep land Thursday when the barking began.  Not an occasional yip.  A persistent deep-throated arf with only a very occasional pause.   How animal vocal capacity could sustain this woof was beyond hard to fathom.  My irritation grew steadily into frustration which soon escalated to outrage.  After an hour I figured if slumber was to be denied, perhaps practice was called for.  I began to doggedly include the barking.

Why do we do all this stuff?  It’s so basic: we can’t believe we’re not  permanently here. All this grabbing, pushing and ignoring guard against considering our demise, keep us from feeling into our inevitable disappearance.  Mortality sucks.  These three strategies work as viable short term solutions to not feeling how fleeting life is. They’re so convoluted though and tend to keep us enslaved to our own self-centeredness. What’s a human to do?  It’s hard out there.  Who wants to suffer?

I don’t want the bad stuff either.  But instead of spending my limited energy lashing out at Mr. Dog, I just stayed still and included him.  Did I sleep?  No.  But I wasn’t all worked up about the situation. I could breathe and feel and rest in this practice of inclusion.  This is a workable possibility when we are stuck in that place of not wanting the bad stuff.  Inclusion can eventually deliver us to compassion.  Sometimes.

Well of course there are antidotes to that greedy place and that not caring place as well but this not wanting the bad stuff place was just not done with me yet.  After the night was over and morning had finally arrived, I climbed the stairs to my studio to Zoom teach Essentials.  As the door opened I was greeted by the piercing screech of the smoke alarm, programmed to emit a warning every 15 seconds.  It’s a longer story of why I could not get it to cease until class was over.  But it is a very short story of what I made of this ridiculous situation.

How obvious could it be that great spirit was not done with this survival lesson about how to embrace it all.  I had spent the night practicing but apparently there was still more to learn.  I just returned to the breathe-feel -rest  place, introduced students to our smoke alarm companion and carried on.  We dove into a class that was about way more than the upper cervical spine.  By the end of ninety minutes I barely noticed the sound.

Polarization is a fact of current life. Color, gender, sexual orientation, religion, financial status…each can be construed to divide us. Practicing exclusivity is what transforms all these human variations into hate.

“We have everything we need to make the present moment the happiest in our life, even if we have a cold or a headache. We don’t have to wait until we get over our cold to be happy. Having a cold is a part of life.”
Thich Nhat Hanh

Practicing inclusivity is a moment by moment choice.  Often not an easy one.  Let’s practice……❤️Bella