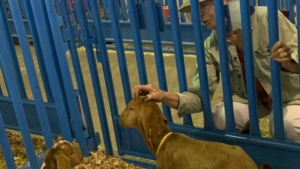 The name Body Joy and I have had a tumultuous relationship.  That name came on a whim in 2005.  The sale of Dreizler Physical Therapy—name, logo, community standing —was imminent and I was suffering a hiccup moment.  An ego-busting realization that my so-called identity was soon to vanish.  I had no more than a fuzzy sense of what was next.  This domain name was free and felt like it proffered a ton of leeway. I took Body Joy and fashioned a logo to go with: 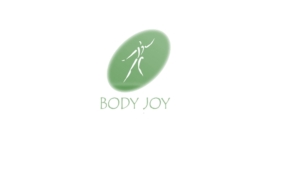 We walked into the county fair yesterday kids and grandkids in tow.  It was everything your senses can conjure up:  smell of corn dogs and human crowd-sweat, carnies barking above ferris wheel drone, duck races right next to Extreme Dog Tricks.  You get the picture.  We hunkered down into the damp fetid air of the animal barn.

Dreizler PT sold, I melted into refreshing incognito, released myself deeper and deeper into yoga and dance.  Taking all the precious time I needed at the end of my fifties to explore the broad story spectrum held in my body, your body, our bodies.  My dissatisfaction with the name Body Joy became increasingly vexatious with each passing year. There is body rage and body compassion and body fear and body love and body grief.  There is even body numb.  And so for quite some time I hated the domain name.  It felt too small, inaccurate, misleading.

At first there were the bunnies.  Angora soft sweet with their long ears laid back, noses aquiver, tender little paws. Right after the bunnies came the goats.  And I became lost in a sea of sensation.  My hands took on a life of their own, so drawn past the steel bars. I let those precious creatures sniffle my fingers and permit me the pleasure of scratching between emerging horns, stroking a cheek here, a rump there.  Feeling the mutuality.  The way this gentle caress provided the goat with pleasure and the way the feel of their fur and the observation of their response fed me back ten fold.  Body joy.
Over the last few years I’ve just let the name be what it is.  Its functional alliterative brevity is a safe harbor for the three services offered.  The newish logo—heart nested into a palm—settled me into it, since I know how a heart shelters the full spectrum of what we embody. 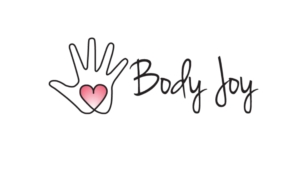 So it’s been interesting to feel myself kerplunked into the essence of Body Joy so clearly of late.  Octavia Raheem writes:

“Joy is an act of rebellion. And so is allowing ourselves to feel our grief.”

In the face of all we are being with right now cultivating joy is not a pleasant default.  Rather it feels revolutionary. Because joy and grief are two sides of the same coin.  A focus on pleasure and joy and laughter, the experience of reaching for the sky, this can free us, can allow us to fall back to earth and truly feel the rage and the fear and the sadness.  But if, in a misplaced sense of solidarity with tragedy, we let the depths of despair take joy as prisoner, we’re walking down a dangerous road.

When I came home I felt that same pleasure applying a thick coat of olive oil to my warm moist skin post- bath.  There it was as I snuggled down tween two clean sheets.  And there it was again rolling around on two soft release balls on the floor.  Before summer break, I’m teaching three more Wednesday nights at Clara June 1, 8, 15.  The  focus is on taking pleasure.  Taking: such a pro-active verb.  Not receiving, not seeking, not basking in.  Taking.  Because cultivating joy in this moment is an act of rebellion.  There will be music that invites us in taking pleasure in our god-given bodies in free form motion.  And in the break tween those two music waves some free form taking pleasure: the sensation of balls and rollers on skin. Just like petting those goats.  Maybe you feel called to join me in this act of rebellion.