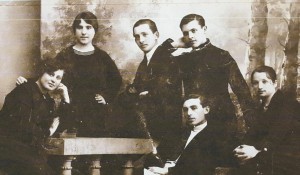 If you’re of Native American descent and privileged enough to live on your ancestral ground, you might be deeply root-connected. For the rest of us in North America, not so much. Last week I saw the poignant, hilarious and crafty Bad Jews, a play at Capital Stage. At one point the protagonist, trying to get to the heart of this root-connected reality, asks goody two-shoes girlfriend “Where are you from?” Girlfriend answers “Delaware” which launched protagonist into a hysterical tirade with roots in this Sy Safransky quote from The Sun July 2010:

“More than 15 million indigenous people occupied North America before Europeans arrived in the New World (new to the Europeans, at least). By 1910—because of disease and war and forced migration—their numbers had been reduced to half million. Today their existence is largely forgotten except as a plot device in Hollywood westerns.”   Sy Safransky (The Sun July 2010)

These ponderings on immigration have woven through my consciousness for a long time. They more fully formed while I solo travelled in Peru years ago. Being on a different continent and interacting with native Qechuans created a cellular sense of this double-edged sword and how it permeates my life. I began to regularly invoke memories and reflect about my four grand-parents, immigrants from a Russian/Polish region now known as Belarus. The years that led to their ocean passage were horror-filled with Tsarist-sanctioned pogroms. The picture above was taken before they left.

And what did they leave behind? Their roots had been embedded in that land for 900 years. The food they grew on this particular piece of earth was nourished by the very bones of their ancestors. Not a one of us knows what that experience, the norm just a few generations ago, feels like. Every immigrant eventually feels the blade of this sword. On one side is incredible freedom, release from cultural expectations, sparkling opportunity. My second generation parents chose to move all the way across this continent, in part, I imagine, to escape the parental Old World mores still constricting their lives even in it’s uprootedness. They wanted to find their own way to be, a California re-invention. I had to move 400 miles north of L.A. to do the same. This freedom has allowed me to follow what calls, unhindered by the constraints of family ties and ritualistic ways of living. Can there be a sense of this brand of freedom concurrent with deep roots?

So here we are, a nation populated with, what Stephen Jenkinson calls, orphans:

“Orphans are not people who have no parents: they are people who don’t know their parents, who cannot go to them. Ours is a culture built upon the ruthless foundation of mass migration, but it is more so now a culture of people unable to say who their people are. In that way we are, relentlessly, orphans. Being an orphan culture does not mean that we have no wisdom. But wisdom is being confused in our time with information. Wisdom is an achievement, hard earned and faithfully paid for; it’s not a possession. Not knowing where you are from is not the same thing as being from nowhere, but it does mean that there is work of all kinds to be done.”

Jenkinson has developed ways of cultivating “orphan wisdom” in the belief that making peace with this elemental fact is the work needed to heal a multitude of current global wounds. Me? I continue to allow and welcome this double-edged reality as it arises, hold it clearly before me, feel the pervasive power of this disconnect, let in the way it has completely kidnapped me. My mother tried to return and stand on our ancestral land in the early 1970’s. Back then, despite her efforts, access was completely denied. Things have opened in Belarus of late. And, imagine this, there is a 5Rhythms teacher who left the region but has begun to return regularly to offer workshops. We are in communication with each other. 2018? Maybe I will stand on this land, feel the bones beneath me, open to essential healing.

Life is so very strange in its twists and turns. Each of us has a unique story about our roots, where we come from. It is way more interesting than Delaware. This is an invitation to let that in some, ruminate, wonder, be curious, allow. Ultimately there is only one of us here…and yet…. 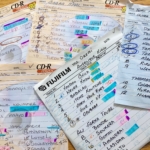