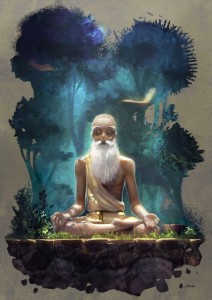 The Guru Room is where the teacher sleeps at Harbin. This makes me gag. Don’t get me wrong…there are gurus that sleep there, I’m sure of it. It’s just, I’m not one. Me? A down-in-the-trenches with you teacher, just another bozo on the bus facilitator (thank you Kathy Altman via Firesign Theater). Just as confused and curious and shut down and broken open and trying to put two and two together as you. Honored to be entrusted to hold space so we can do all this messy stuff together.

This was an incredible workshop weekend and if you think for one moment that Jenny and Juliette and I were the ones who had it all together…know that we were in that 57 person stew right with you. Doing a practice and teaching it are separated by an extremely thin line. Making mistakes right and left, dragged by the hair into learning and growing and changing because everything that happens turns into a platform for just that. Take Saturday. It put me right on my own edge.

After body diving Friday, Saturday was about cultivating heart space. If you’ve been a reader for a while, you know this personal I-don’t-do-that theme. Totally in my comfort zone teaching the body stuff. And, though I am full of emotions, leading investigation around feelings…just not my strong suit. The day began with this lazy drifting through that potent twilight zone twixt sleep and wake…clink, clack, clunk—the roller and ball work for Saturday just landed in me. Walking my own edge, I offered a practice pairing emotions with release zones. Twenty-five years of working just landed into some new unexplored, never quite articulated map. This often happens when we are willing to be down-in-the-trenches and surrender to not knowing what’s next. Not a Guru strong suit.

After two hours exploring this map, I was a student in Jenny’s field, struggling to name what I was feeling in any given moment. Later (in the Guru Room) I unraveled with my two co-conspirators. Angry, frustrated…is there a general assumption that everyone can communicate this information on demand? I am continuing to unfold this life-ability and it is slow and trembling and sometimes impossible and sporadically available and always unpredictable. Before we dove into evening ritual theater, I stood up before the entire posse and out-ed myself. No problem naming the fear and the shame arising from that radical act. And I asked for a show of hands for anyone else out there who often finds it literally impossible to give a name to what the heart is whispering. I was relieved, reassured (there’s another emotion!) when at least ten people raised their hands.

I could keep writing about all that transpired as a result of this vulnerable share. But my point is about that Guru thing and how grateful I am to be among you and not have to be that and how much I keep learning by just standing up and saying what is true for me and how awesome it is to have community around me that wants to do that to. Thank you, truly, from the bottom of this quivering heart.