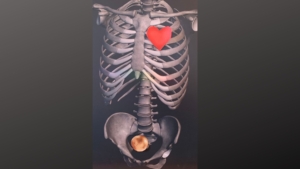 I was blessed by a pair of cinema angels this past week.  She Said and Women Talking on consecutive evenings, films that courageously dive into sexual harassment/abuse.  Minimal time is devoted to the actual perpetrators or the acts of violence.   Because the focus is on the women: directed by women and giving voice to women, just as the titles indicate.  Powerful.  Highly recommended.

There is a scene in She Said, the two young journalists who broke the Harvey Weinstein story quietly sharing a meal in a restaurant.  A man approaches and does that yuk overt coming on thing.  They are polite at first but he is unfazed.  He persists.  Until finally one of them stands up, looks him right in the eye and shouts “F—k off!”  Which he does.  I get chills recalling it.

Because here’s the deal.  I clearly remember the moment in 1968 when I first heard the word feminist.  Like it was yesterday.  It registered in every bone of my body, a young woman, first time considering that gender inequality was real.  Realizing all the implications and how that had played out in my short life thus far.  And I remember through young adulthood and middle age coming frustratingly face-to-face with all that meant.  And at least having a label for it.  Twenty years down the road, in 1988, exasperation fueled my exit from a job.  A clinic dominated by a man that did everything he could to keep me small.  I ended up starting my own business.  Which was a brilliant move.  But did I ever stand up, look him right in the eye and shout “F—k off!”  No.

Because I knew about gender based inequality but, at that point in history, did not have the support, the language or the skills to express myself in a healthy constructive way.  It is incredibly heartening to bear witness to women in mid-life right now.  Women who have support, language and skills.  Women who are willing to make what was once only a notion into a reality.  And the next generation?  OMG.  No bullshit allowed.  Period.  So much hope for the future.

The range of problems stemming from gender inequity is steep, running the gamut from disrespect to brutality.  I’ve been lucky in this regard.  Am I comparing utter lack of regard in the workplace to acts of physical violence?  No.  Do they stem from a related root?  Yes. There are so many ways to view this complex issue.

In any given moment a thought and/or an emotion can signal us to create a line.  If you know me, you know what’s coming here.  A truly authentic response in the moment originates in the body.  It is a signal throbbing deep down in belly, insistently pounding in chest.  We can learn to trust those sensations with practice.  It’s what I love about the dance floor.  We practice with our bodies.  I’m not sure how many times I’ve facilitated this embodied exploration of yes/no/boundaries.  A dozen?  But it is always fresh and alive.  It lives in the heart beat, the pulse, the rhythm of staccato.  It is a practice in polarity.  It is a practice of the physical expression of thought and feeling.

Come out to Wednesday Waves and feel this with me.
❤️Bella