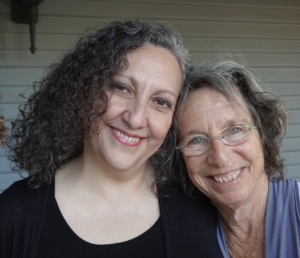 Loss.  Again.  I know you know.  This time a friend, colleague, a soul sister.  You and I, we live in the midst of a great turning.  And, as per usual, some of us are dying.  But these transitions, the losses coming down in these legendary times, somehow they feel different. Cloaked as they are in an urgent layer of meaning. Each one a wake-up scream in the night.  Maybe because she was too young (and what age is acceptable?) and maybe because it happened too suddenly (and what is enough preparatory time?)…this one rocked the community in a way that would have surprised her.

My friend was of Mexican descent.  Years ago, during 5Rhythms teacher training, she swept me into the ritual around Dia de los Muertos, Day of the Dead.  In Mexico, the belief is that people die three deaths.  The first death occurs with that last exhale.  The second when the body returns to the earth.  The final death is a future moment, when your name is spoken for the last time.  If you haven’t seen the totally poignant animated film Coco…well, highly recommended.

Mati…her name has been spoken many times in the last ten days.  Her final death is held off for some future moment.  She was a fertile fountain of ideas, dreams, visions.  Had a weaving way about her, a way of drawing people together.  I’ve been taking calls from people around the world, folks I haven’t spoken with in a long time, affirmation of the tapestry she wove.  When the pandemic blew us all apart, she created ways to hold our teaching community together.   She saw a need, stepped up, fashioned a container for holding.  Bless her heart.

Saturday morning I moved with Mati’s students, her friends, her family, other teachers during a Zoom dance memorial service. Here’s what touched me the most.  Her husband and two brothers attended.  Each one spoke of what it meant to spend 90 minutes witnessing dancers honor their beloved in dedicated practice.  They were blown away.  Not until she died were they able to be present with and have a fuller sense about a passion that was so fundamental to who she was.  To have a deep connection to what her devotion was about.

And, as per usual, death leaves its timeless calling card.  Let’s not wait, folks.  The people who you love….there is no time like the present to be intrigued with their unique flavor of human being. What really moves them? What are their fascinations, their dreams, their fears, their struggles?  Bearing witness happens when we not only see each other, but see our humanity reflected in this other being.  Death invites us to wake up and really look.  Be with.  Appreciate.  Want the simplest of questions to ask?  “How is your heart right now?”   Feel in…what is the one thing you can do today to fall in love more deeply?  Please do it.  Tomorrow is not promised.