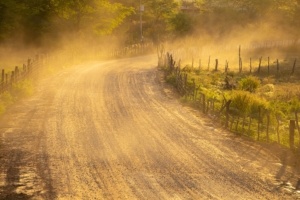 It was autumn ’72 when I graduated from UCSF medical school, clutching a degree in physical therapy, pretty much clueless about the journey to come.  It would be another thirty years before persistent dabbling in yoga and dance would begin to fully inform this chosen vocation.  I had no idea that the nature of this work was evolutionary.  No notion that it might look different fifty years down the road.

A few weeks after graduation I landed in pediatrics in Sacramento and my boyfriend, hard at work on the McGovern campaign, joined me here. We were footloose and ready for about anything, thrilled to move into a big house on 7th Avenue after living in a string of small apartments.  We had some nebulous plan about staying in this cow town three years and then moving to where we really wanted to be.  We had no idea we would still be here fifty years down the road.

On Thanksgiving Day we married in that 7th Avenue house. Twenty-five people witnessed this relatively spontaneous ceremony and joined us for a veritable feast of giving thanks spread on a ping-pong table.  Many of those people are gone now, but I wonder how many present imagined that those two hippy-dippy kids would still be married fifty years down the road.

I was twenty-two!  When I’m around twenty some-things—even my own children are way past that point—I’m uber-conscious of the launch this moment portends.  How the innocent choices made in trusting naivete wield such power.  And I’m also aware that 2022 is different than 1972.  Maybe growing up in the 1950’s hoodwinked me into believing my life would echo my parent’s.  And that my children’s future would look like the one I faced. I likely harbored an assumption that things would kinda stay the same.

But change was all around me.  New concepts whispered their way into the vernacular: ecology, feminism, racial justice.  Radical events spilled in black and white into our living rooms.  Watergate and riots and protests were daily news. The war on drugs ran concurrent with the war in Vietnam. And rock and roll, a continual backdrop to my life, so incredibly revolutionary.  Lots of twenty some-things were actually fueling this change.  I did my share.

The future….maybe always feels tenuous and unpredictable.  We can guess, but we never know what it holds.  But the past—looking back and recognizing how we arrived here—that’s a known. These fifty years have held so much loss and grief, buckets of joy and surprise, oodles of nose to the grindstone, keep on keeping on.

“There is something that happens to us when we practice:
we find we have a bigger perspective on our lives.
This feels almost like a blessing or a gift.”  Pema Chodron

I suppose I’m having a bigger perspective moment.  And this golden milestone, this pinpoint in time, has me reflecting.  There’s been fruition alongside the pain, serendipity in the wake of mistakes, crazy synchronicity and plenty of near misses.  A surprising amount tracks back to those wet-behind-the-ears choices made fifty years ago.  So much has been given as a result of those decisions.  You know, it’s the work of a lifetime to just keep harvesting what we’re given to keep waking up.  Indeed, this golden anniversary feels like a reaping, a gift, a true blessing. 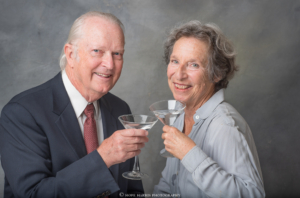 Feeling enormous gratitude for what I’ve been given.  All of it.   This season of darkness might be a good time to reflect on just that.   Quiet moments to cultivate a big perspective, recognize what we’ve been given.  Consider that it might be exactly what we need to awaken.

Blessings on you and yours….Bella