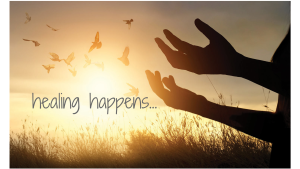 Surgery was Friday. On Saturday the leaves out my window called in their last throes of delight, undimmed by the smoke clouding their show. I joined them as I ached around the block four separate times, each step a victory. The couch never looked so good. Squelching my doubts about sanity, on Sunday I showed up at Clara to dance. Community, music, love, sacred magic…lifted on these wings I moved and felt and cried and loved. I swear to you that three days of healing happened in those two hours. How is this possible? Resting by the fire this morning, perhaps a little back story is called for.

It was 2005 and I had ample motivation and the perfect storm to manifest a big shift. This was the year Dreizler Physical Therapy sold and Body Joy was born. Reasons for creating any change are manifold and often difficult to articulate. But I recall one super-clear reason because it remains in front of my nose all the time. On so many levels my whole life has been about healing . Professionally, I honed in on hands on care and education for physically challenged adults. Early in this career, my young self realized that way more than physical therapy was happening in treatment. My developing manual skills were no a match for all that was arising during sessions. So I fine-tuned my ability to listen—which is no small thing—and my ears became trusty allies for my hands. After 33 years of treating patients one at a time, sometimes twelve in a single day, I just knew there had to be an alternative. A session that overtly included more than the physical AND a way to deliver healing more efficiently than one human at a time.

So in 2005, as the clinic sale was finalizing, I offered that first community dance, fashioned along the lines of what I’d been practicing on my own for a few years. I immediately felt the potency. I knew I had a lot to learn (and boy did I—and still do) but this was the basic template. Hold space for a couple hours, let peeps show up and move with whatever is arising—physical issues, emotional challenges, mental confusion, soulful longing, spiritual searching. Stay steady with the music, offer invitations in the realm of embodied meditation, let nature take its course. Healing happens…

Little did I know that in the midst of the space I was holding for others, the biggest recipient of this healing would be me. For many years I travelled regularly, letting other facilitators in other communities hold me in the dance as I continued to refine my ability to hold this local tribe.   After quite some time I began to appreciate how holding the space and being in the space were two sides of the same coin. In the book Walking Each Other Home Krishna Das muses with Baba Ram Dass on the role of teaching, wondering whether he was teaching and speaking as a way of supporting his ego, whether he was attached to his fame and his students’ appreciation, whether that was actually keeping him from coming “face to face with God.” Ram Dass replies that he still worries about that. Then Krishna Das says what we know but keep forgetting: “I saw that people who were attracted to me weren’t really attracted to me at all. They wanted connection to that place of love that I also wanted to be connected to.” Ram Dass replies that “It’s all about love. It’s about becoming love. You start out with ego and become a soul.”

And so we are all out there seeking the same healing and I simply had no idea in my naïveté of 2005 how powerfully this local container would be working on me. This poem penned right before surgery pretty much sums it up.

Enter at Your Own Risk

I have reached the northwest,

Greetings from the brink of life

where messages of impermanence

are carved into a jagged edge

and the wonder of each moment

is the only daily news.

I am an ice cube melting into the one,

an ocean where surrender

is more than a concept

and the mystery glows permeable.

I hold a container

for metamorphosis by osmosis.

This space is a tunnel, a pass through

with no end zone,

that strips away every excess trapping.

An arrival and departure zone

where we lift off together

on a runway to destiny.

A floor we can die into

and be re-born from

as we dance hardy wings onto our souls.

Biopsy results coming by the end of the month. Still living in the mystery. Aren’t we all? I’m going to go ahead and hold space for us this Wednesday before Thanksgiving and then again on Sunday after the holiday. I am drenched in gratitude for the human capacity to heal and the space we have co-created where healing happens. Let’s move together in potent gratitude.