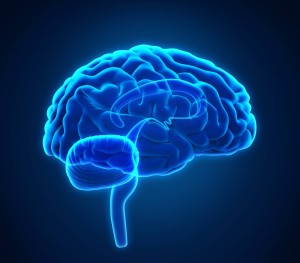 Apparently I’m obsessed. Finished the 400 page Michael Pollan book Change Your Mind in about a week, so unless you’re ready to tolerate a bit of nerdy geekdom, you may want to hit delete. Well, O.K. you’re still here so I’m going to do some summarizing and condensing of chapter 5, which covers the neuroscience of your brain on psychedelics. Which is the same as your brain while meditating or your brain on prayer or perhaps your brain on near death experience or sensory deprivation or (in my humble opinion) your brain on dancing.

It’s all about the default mode network (DMN), a brain region/function not known to science until 2001 and its presence is not universally accepted. But I was pretty intrigued by 40 pages of very substantial creative research. DMN is not a single brain structure, rather a network comprised of different regions of the cortex, parietal lobe and hippocampus. It acts as central super-hub so older deeper structures, like those having to do with memory and emotion can communicate with each other.

And that’s just the start of its job description. It also acts as brain coordinator, chaos averter. You don’t want your vision signals interfering with your motor control. Plus it operates as efficiency valve, so we don’t go into sensory overload. Just lets the bare minimum in so we can drive a car down the road without freaking out. It’s an expert shortcut taker so we can “rely on prior experience to inform current perception.” Basically a control freak that puts the brakes on the extent of our consciousness.

So while it’s doing this crucial job, as long as there are no unusual demands on our attention, it spends the rest of its energy wandering, daydreaming, ruminating. It also loves to think about the past and imagine the future. It is the place in the brain where we worry, reflect on ourselves and our stories. It is the castle from which our ego operates. Some people call it the “me network”. Guess what? It’s non-existent until late in child development.

Many CT scan and MRI studies corroborate that DMN activity totally quiets down in experienced meditators and psychedelic users alike. When the DMN goes quiet, goes off line so to speak, there can be a dissolving of ego, moments when the boundaries between self and world disappear. Some describe it as merging or non-dual consciousness. My favorite Gabrielle Roth quote: “There’s only one of us here.”

Also when DMN goes quiet, new connections spring up among brain regions that usually keep to themselves. We get a brain that’s more flexible and interconnected, less specialized. These “novel connections could manifest…a new idea, a fresh perspective, a creative insight, or the ascribing of new meaning to familiar things…it can be revelatory, imaginative, and at least potentially, transformative.” It can break us out of the “sway of habitual thinking,…the deep grooves of habit…the been there, done that’s”. Who doesn’t want a brain like that?

That’s the news on the neuroscience frontier and it’s pretty illuminating to apply this information to any practice that asks us to track and ultimately quiet the mind. That can be such a frustrating amorphous instruction. If you’ve tracked at all, you certainly know the “sway of habitual thinking” list above: wandering, daydreaming, ruminating, thinking about past, imagining future, worry, reflecting on self and our stories, the me network, ad nauseum. This information can stimulate the power of our imagination. We might imagine and locate DMN as a finite structure just doing it’s thing. We might imagine an off button or an image of dissolution or an unplug so it goes off line. Maybe a breath. Or two or three. Just enough time to open to the charged stillness that always seems to precede a burst of creative insight or flourish of intuition.

It’s ours for the taking. It’s our birthright. In the dance, in the rhythms we arrive and begin by feeling into our bodies—weight, gravity, fluidity. Then the music picks up, a match for our heartbeat and we feel whatever emotions are arising. And then the tempo is faster than we can think. Our moment to track DMN, drop the habitual, be ready for something way more juicy—this is one reason we come. Body, heart, mind—all present, accounted for. In this fullness anything becomes possible.

Who doesn’t want to move beyond default? It’s why we practice.